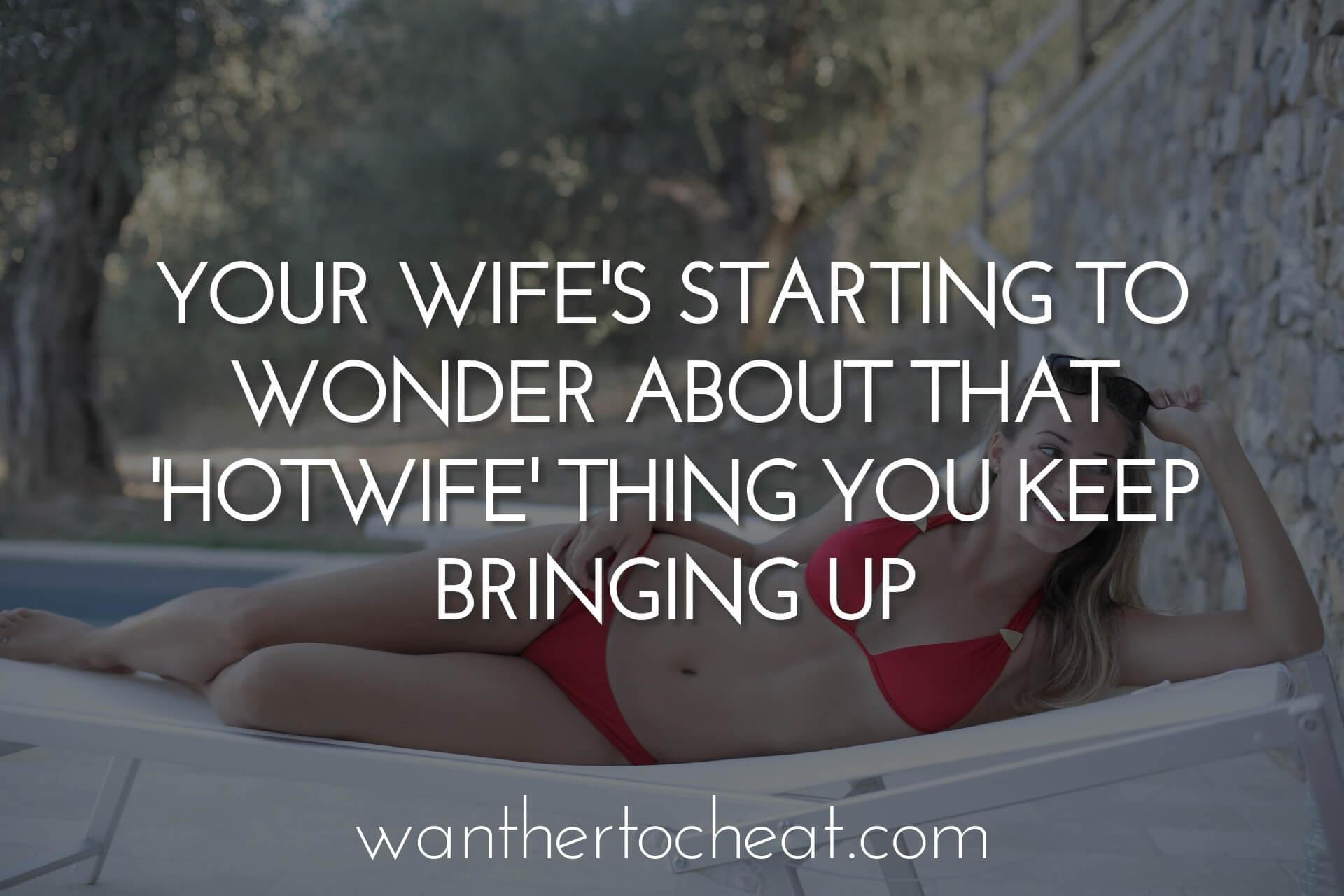 Many happy couples are exploring new heights of pleasure with female non-monogamy. What is this hotwife phenomenon? How does it work?

Imagine your wife having sex with another man.

For many couples, sexual infidelity is the end of a marriage.

For many men, a cheating wife or girlfriend is a devastating emotional and personal blow.

How can it be that so many men and women, in loving, committed relationships, are willing and ready to share her with other men for sex?

Let’s talk about the hotwife phenomenon:

Why do men want their wives to cheat on them?

Let’s start with the guys.

Despite the reputation for machismo, jealousy, and violence, men love to fantasize about sharing their special ladies.

I surveyed almost 4,200 Americans about their sexual fantasies, and one of the questions I asked was, “Have you ever fantasized about watching your partner have sex with someone else?”

More than half of the heterosexual men in the study had this fantasy before, compared to 25 percent of heterosexual women.

Cuckolding in some shape or form is always one of the top male fantasies.

And if that weren’t enough, you’ll be interested to know that he’s physically turned on by images of one woman with multiple men.

We’re talking way, way more than the response he gets from the usual bro-threesome of one guy scoring with two chicks.

Women have a far greater sexual capacity than men. One guy will be hard pressed to satisfy even one woman, let alone two.

Meanwhile a woman doesn’t need to keep up an erection. And she can have multiple orgasms while satisfying plenty of men.

Could you imagine one guy trying to please 10 women at once? Somebody could do it, probably with some Viagra assistance… but most guys would be wiped out after the second girl (if they got that far).

But that’s not even the most interesting part.

Why even loyal married women go along with his hotwifing fantasy

A stable, loving, committed, loyal relationship is good for a lot of things.

Female libido isn’t one of them.

“For women, being desired is the orgasm.”

That old joke about wedding cake being the ultimate libido suppressant isn’t so funny anymore.

A woman’s sexual desire depends on being the center of attention. That shouldn’t surprise anyone who has ever read a romance novel.

If you wanted to know why the Twilight books and movies were runaway hits, here’s your answer.

More and more couples are discovering that a hotwife/cuckold relationship is the solution to their problems.

Ladies, you get the male attention that your sex drive needs to thrive.

Gentlemen, you get the thrill of being married to a sexy lady… that heart-racing excitement that hits you when you know she’s about to let another man into her pants…

Many hotwives report their surprise at the level of enjoyment and satisfaction that comes from taking new lovers.

Like that old saying, a rising tide lifts all booty. (Close enough.)

The point is, when she’s running on the sexual charge of a new lover, she’s got excess desire to spare…

Which means her cuckolded husband gets to enjoy the spoils.

It’s true that some couples decide to cut off the cuck from the pussy if things are going well with their bull.

They may opt to limit his access to PIV intercourse, or cut him off entirely in favor of handjobs and other types of outercourse.

All in the spirit of pleasure for everyone, of course.

Many cucks in this position get off from the thrill of pussy denial.

Let’s be real for a minute.

Hotwifing and cuckolding are not for everyone.

Here at WHTC, we don’t believe that we should be out there trying to convince anyone who isn’t already into cuckolding.

You either get it, or you don’t. Either way is cool with us.

Our mission here is to make hotwifing and cuckolding fantasies “okay” for the couples that do go that way.

Given how women’s sexuality responds like magic to male attention…

It’s no surprise that many couples would take the opportunity to spice up their sex lives with the kinky, taboo-shattering sex.

Did you know that WHTC has an exclusive members-only club for men and women who can’t get enough of our kinky hotwife/cuckold kink?

You’ll have to apply to join. We can’t let in just anyone.

But if you’re approved, you’ll be first to know about great articles like this… and other filthy secrets that we don’t talk about here…

Yes, I can’t wait to apply!

We know how important it is to stay discreet in this lifestyle. We take your privacy as seriously as our own. See our Privacy Policy for more.